At Yellow Shoes Tours, we’re on a mission to make your visit to New York City extraordinary.

It’s not just about having a great time; we strive to make your stay absolutely unforgettable.Remarkable. One-of-a-kind.

Which is why we offer personalized, curated journeys to the soul of the Big Apple. We want you to see beyond what it looks like; hear past the sounds so you’re immersed in its unseen magic. This is your New York moment.

From strolling the cobblestones of Greenwich Village, seeing architectural glories, sampling tasty fare or tracing your roots, our customized tours are true adventures. You’ll meet people and places rich in character and hear stories that steal your heart. And probably a few good jokes, too.

This is a New York City experience unlike anything else.

This is a New York City experience unlike anything else.

Salve! I’m Nicola, a real, card-carrying New Yorker and Licensed New York City Tour guide. And if you had told me 30 years ago that I’d be guiding people to New York City’s hidden gems, I’d thought you were nuts.

But, today, as I explore New York’s streets, there’s nothing I love more than hearing the city whisper its unspoken stories– and share those secrets with you.

Salve! I’m Nicola, a real, card-carrying New Yorker and Licensed New York City Tour guide. And if you had told me 30 years ago that I’d be guiding people to New York City’s hidden gems, I’d thought you were nuts.

But, today, as I explore New York’s streets, there’s nothing I love more than hearing the city whisper its unspoken stories– and share those secrets with you.

As an Italian-American, I grew up in Florence, Italy, where I studied law. But by night, I was a musician-- telling stories through music in nightclubs all over the city. It was incredible!

During this time, I dreamed of traveling abroad-- but nothing captured my imagination like New York City. Those bright lights were calling.

Knowing law wasn’t for me, I worked hard, completed my degree, but decided to follow my heart. I left law and began performing music professionally. I was also doing translation work to mix things up.

While music made me happy, I soon realised it was the storytelling that set me ablaze. I loved meeting people and entertaining audiences with spellbinding tales. 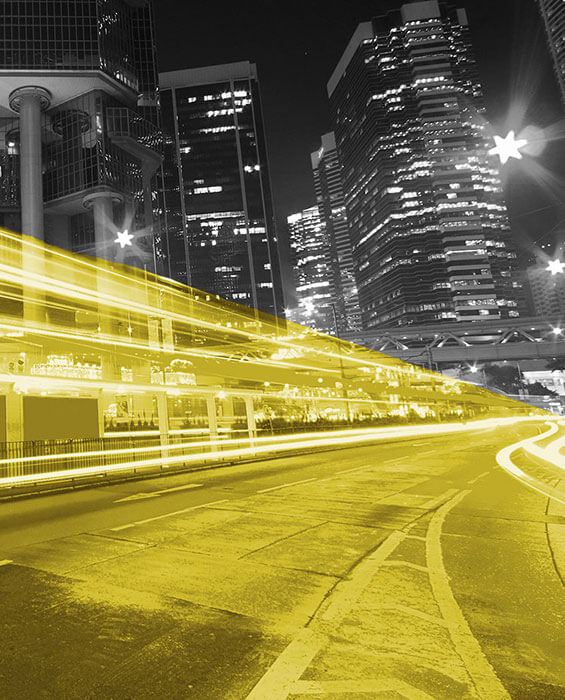 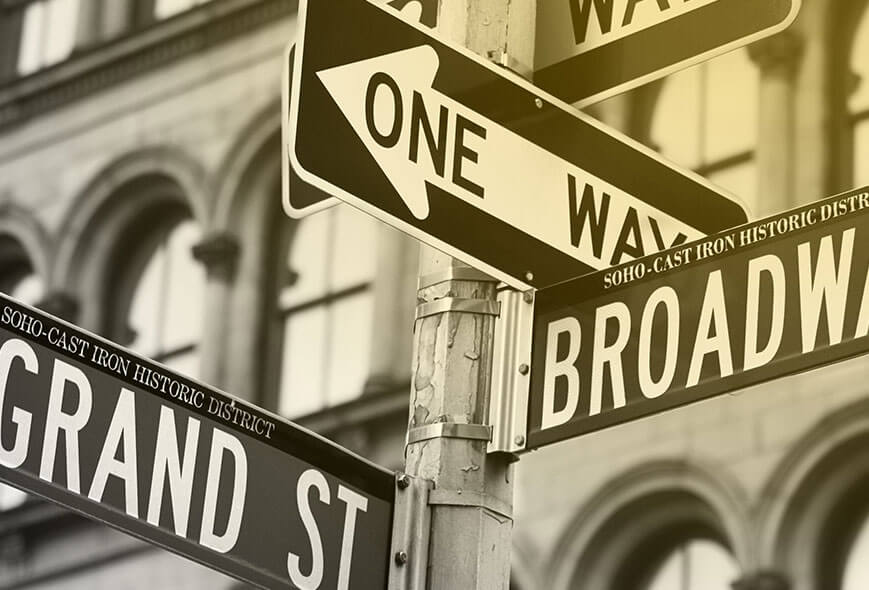 “Look ahead.
Feel the beat.
Listen close.
Walk the streets.
Hear the voices from the old
bricks tell a story no one hears.”

“Look ahead.
Feel the beat.
Listen close.
Walk the streets.
Hear the voices from the old
bricks tell a story no one hears.”

Once Upon A Time In New York City

Then, in 2007, I fell head-over-heels for my wife, Rosa. Although we first met at a workshop I was translating, we didn’t start chit chatting until we ended up together, 4 months later, at a second residential workshop on the Southern coast of Italy. We talked for hours and got closer over the next 3 days.

And when I saw her again, one month later, I knew she was the one.

We soon got married and Rosa moved to Florence with me to begin our lives together. When we finally went on our honeymoon, I decided to take her to the Big Apple. I already loved the city. I dated a girl from New York for a few years, and after visiting, I left a piece of myself there. I knew Rosa would love it too– it’s electric! And after experiencing the arts, culture, food, architecture and history it holds, she wanted to make it home.

In 2013, we began making serious plans to leave Florence for New York and closed our business. Then, in September 2017, with just a part-time job for Rosa and suitcases filled with dreams, we made the big move with our dogs and cat following us over the ocean.

When we got here, I wanted to know everything about New York City and I greedily drank all the knowledge I could find. And although I love the famous places, people and stories here, I soon became curious about the stories untold.

So I explored the city for hours. I wandered into its corners and listened to its unknown past– finding a vibrant city no one sees. And I want to share it with you.

Where’s The Guy With The Yellow Shoes?

Over the years, I’ve worked for different travel agencies here in New York City, sharing our biggest feats of accomplishment like the Statue of Liberty, The Rockefeller Center and Central Park.

On one excursion to Ellis Island, I was leading a large group tour. Having collected surprising tales about the area, my tour group hung close, hungry for more.

Suddenly, we got separated in the busy crowds. And trying to find me, they were heard yelling, “Have you seen the guy with the yellow shoes?”

Eventually, the whole crowd erupted with echoes of, “yellow shoes! Yellow shoes!” I heard the commotion and as I hurried closer, the crowd opened, reuniting me with my tour-- forever cementing the legend of the yellow shoes. 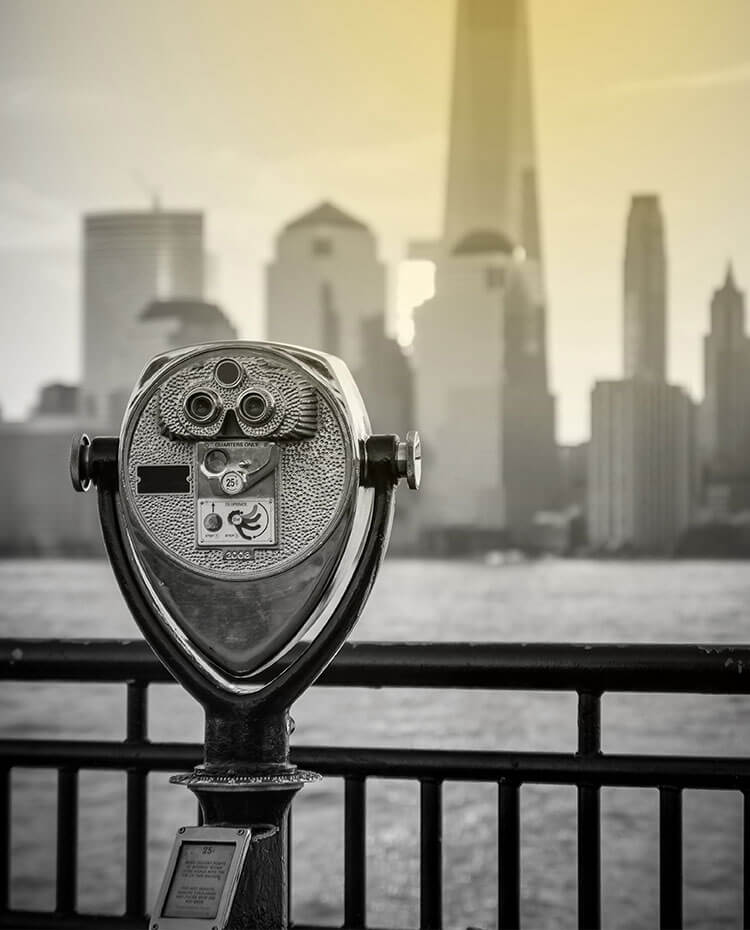 Although I loved every moment of those tours, I knew from my personal explorations that the city is so much more than a few famous spots. That’s when Yellow Shoes Tours was born.

Our personalized tours reveal the jewels of New York City’s true spirit– where little-known spaces hold incredible surprises– where the history of different places, people and eras are left unspoken.

Plus, we’ve built a network of New York insiders. Rosa has successfully pursued her dream career as a luxury destination wedding planner and event organizer. And with connections in travel, food, arts and fashion (thanks to my lovely wife), you’ll skip the crowds and see authentic New York with in-the-know access.

Book Your Custom Tour Of The Big Apple
Menu

You can find out more about which cookies we are using or switch them off in settings.

This website uses cookies so that we can provide you with the best user experience possible. Cookie information is stored in your browser and performs functions such as recognising you when you return to our website and helping our team to understand which sections of the website you find most interesting and useful.

Strictly Necessary Cookie should be enabled at all times so that we can save your preferences for cookie settings.

If you disable this cookie, we will not be able to save your preferences. This means that every time you visit this website you will need to enable or disable cookies again.